You are here: Home / The Gaia Journals / Flower Shop / How bizarre is your bouquet? Know your bunches better

Ever thought about the kinds of flowers that go into the arrangements you and your loved ones enjoy? Those flowers weren’t picked out of thin air. Instead, they were carefully chosen based on appearance, shelf life, sustainability, cost, and tradition.

But why would you want to know about the flowers in your bouquet? Well, depending on the occasion and who’s receiving them, their meaning, their history, and any unusual or bizarre facts about them, could influence the kinds of flowers you include in your arrangement.

Let’s delve into some unusual and interesting facts about flowers you’ll commonly find in your bouquet.

While tulips are native to Central Asia, most people think they come from The Netherlands, where they’re incredibly popular. To this day, The Netherlands remains the largest producer of tulip bulbs in the world.

Back in the 17th century, The Netherlands was responsible for what was known as Tulip Mania. Dutch investors purchased large amounts of tulip bulbs, which raised the costs to inconceivable prices. During this time, a single bulb cost more than the annual income of many workers, and in some cases more than their houses!

Fortunately, tulips are now much more affordable, making them a popular choice for many. There are also more than 3,000 registered types, and they come in almost every color imaginable.

Thistles are most commonly recognized for their purple flowers. But that’s not the only color they come in. These prickly blooms can be seen in a range of colors, including yellow and white.

Looking to attract more bees, butterflies, and other insects to your garden? Then plant some thistles. They’ll go wild for them. And thistle plants are simple to maintain thanks to their robust root system.

The thistle is the oldest recorded National Flower, dating back to the 13th century. And one final fact: it’s the national emblem of Scotland.

Not many of us would think of lilies as being social flowers. But that’s exactly what they are. They grow best when planted in groups of three to five. So if you’re sending flowers to a friend (or friends), why not include lilies to represent your social connection?

Blooming in white, yellow, pink, red, and orange, their brightly colored petals attract a variety of insects. And their sweet-smelling nectar is the proverbial cherry on the cake for pollinators such as bees. Lilies are also easily pollinated by the wind.

What’s unusual about the lily is how it represents different things depending on its color. In some cultures, white littles represent purity and rebirth, whereas red lilies symbolize deep and passionate romance in others.

As well as looking beautiful and smelling deliciously sweet, they make popular and ideal bouquet flowers due to their long vase life (lasting up to two weeks in some instances).

Roses are one of the world’s most ancient flowers, with fossil records suggesting they’re around 35 million years old. So it’s easy to see why they’ve been referred to in books and music for centuries.

Roses get around too. While most roses are native to Asia, it’s actually Ecuador that produces most of the world’s roses. And to confuse things even more, it’s the national flower of the United States.

Most of us think of roses as a symbol of love and romance. It’s believed this association comes from Ancient Greek mythology, which attributes the creation of the rose flower to the Goddess of Love, Aphrodite.

Something that isn’t widely known is that roses are edible. Apparently, they’re incredibly aromatic, a bit sweet, and very floral.

We don’t suggest you head out to the garden or your nearest florist and start munching on rose petals. But a lot of blogs talk about cooking with roses if you’re curious. There are more than 150 different species of rose, and like tulips, they come in just about every color imaginable. 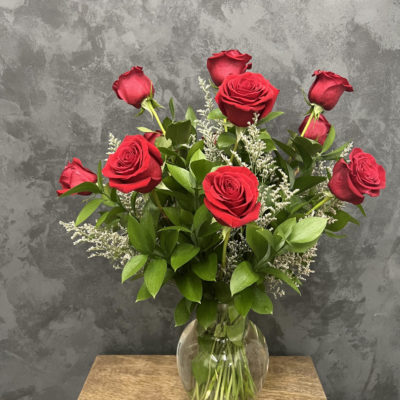 We have the Romans to thank for the glorious daffodil. In the 17th century they introduced daffodils to the UK and much of the known world. The Romans thought they had healing powers, and that their sap could help heal wounds faster, when in all likelihood it would have made them worse.

Daffodils are widely thought of as being one of the first signs of spring. So it probably won’t come as a shock to learn that one of the March birth flowers is the daffodil – with March being the first month of Spring.

Sticking with the spring theme, daffs are also popular at Easter, symbolizing regeneration and new beginnings. But in China they’re an emblem of good fortune and prosperity.

So there you have it: some lesser-known facts about five of the most common flowers found in arrangements. But they’re not the only flowers that have interesting stories. Here’s a quick-fire round of facts for some of the other flowers you might find in your arrangement.

Did you know? Gerbera daisies, and daisies in general, are the birth month flower for April. 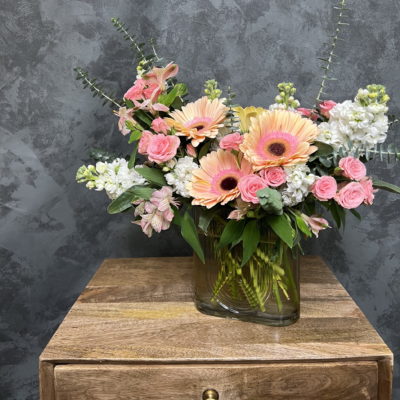 Did you know? Carnations have been cultivated for more than 2,000 years.

Did you know? The Aztec people cultivated dahlias as a source of food.

Did you know? Iris means “rainbow”, which is appropriate given the variety of colors they come in.

Did you know? Sunflower heads can contain anywhere between 1,000 and 2,000 seeds. 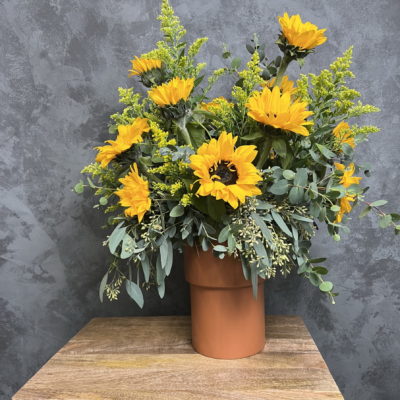 Now that you know them better, which quirky flowers do you like the sound of? Which ones would best suit the occasion or person receiving them? Find your ideal bouquet here, or provide a few notes about who you’re sending the flowers to and why so our designer can create the perfect bouquet for you.

You can find out more about which cookies we are using or switch them off in settings.

This website uses cookies so that we can provide you with the best user experience possible. Cookie information is stored in your browser and performs functions such as recognising you when you return to our website and helping our team to understand which sections of the website you find most interesting and useful.

Strictly Necessary Cookie should be enabled at all times so that we can save your preferences for cookie settings.

If you disable this cookie, we will not be able to save your preferences. This means that every time you visit this website you will need to enable or disable cookies again.